Next Capital took a controlling 70 per cent interest in Funlab in 2016 in a $60 million deal, working along side chief executive and founder, Michael Schreiber.

The Funlab business was created with Strike Bowling by Mr Schreiber in 2001. At the time there were bowling centres, but nowhere to have a great social time with bars, good food and drink, music and lights.

Strike became a hit, and additional offerings were incorporated across the 13 venues, including laser tag, karaoke and escape rooms – a hugely popular team game, where participants have to follow a series of tracks and puzzles in order to escape in the allotted time.

Three Sky Zone indoor trampoline parks were added under a franchise agreement with a US franchisor, while Holey Moley – Australia’s first putt-putt mini-golf with full service bar – was also created. There are 10 Holey Moley sites in all capital cities in Australia. It also recently added new concepts: Archie Brothers Cirque Electriq – a large format venue with arcade, bumper cars, and 3D cinema and carnival-style food and drinks – and B Lucky & Sons, which has arcade games/prizes, in 2018.

Next Capital partner John White declined to talk about profitability, but told The Australian Financial Review sales have tripled over the past 2.5 years to $100 million.

“We are looking to double the business over the next few years,” he said.

The company also has international expansion firmly on its radar with Holey Moley opening in Auckland last October. A flagship Holey Moley opened in Singapore in December.

Mr White said both of these venues were performing strongly and had validated the expansion of Funlab brands internationally.

“We have concepts that stand on the global stage,” Mr Schreiber said. “We are working on what an international plan into Asia looks like, using Singapore as a springboard. And we are evaluating the USA and the UK, where language is not a barrier to entry.”

South African-born Mr Schreiber added: “[In] international markets there is more blue sky, but there is still plenty of growth in Australia left.”

The men both brushed aside any concerns that consumers are tightening up discretionary spending on such entertainment activities amid higher living costs, falling house prices and political uncertainty.

Mr White said the business had performed well over the past 18 years, regardless of the times, and including through the GFC, “indicating people still want to have fun in bad times.”

Mr Schreiber said with loneliness a widespread issue for people ingrained in a digital world, consumers were seeking in-person experiences.

‘Shift away from material possessions’

“There is a shift away from material possessions to experiences,” he said. “We are getting a tailwind because of the shift of discretionary spend. There is a counter-balance with our digital lives. It’s quite lonely and isolating, and we are feeding into that need for high touch experiences.”

Mr White said while an IPO could be an option to back Funlab’s future growth plans, he was also keen to talk to trade buyers, and at this early stage there is no preferance. He revealed that Next Capital would consider keeping part of its stake.

Next Capital over the years has had success with ASX floats of vitamins group Vitaco in 2015 (which was bought by the Chinese interests) and retailer JB Hi-Fi in 2003.

The firm had a busy 2018, deploying the last of its capital of its Fund III. Just before Christmas it snapped up NZ Bus from energy utility and infrastructure group Infratil in a $229 million deal. Earlier in the year it purchased a controlling stake in iseek Communications and Melbourne artisan bakery Noisette.

The PE firm is mid-fundraising for its Fund IV, which is tipped to be about $350 million, and should be wrapped up in coming months. 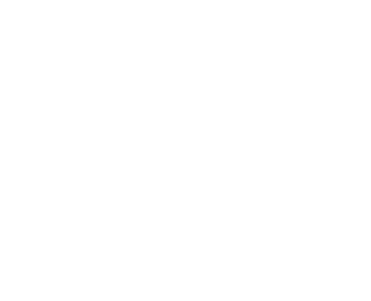